Tackling Bullying at the School 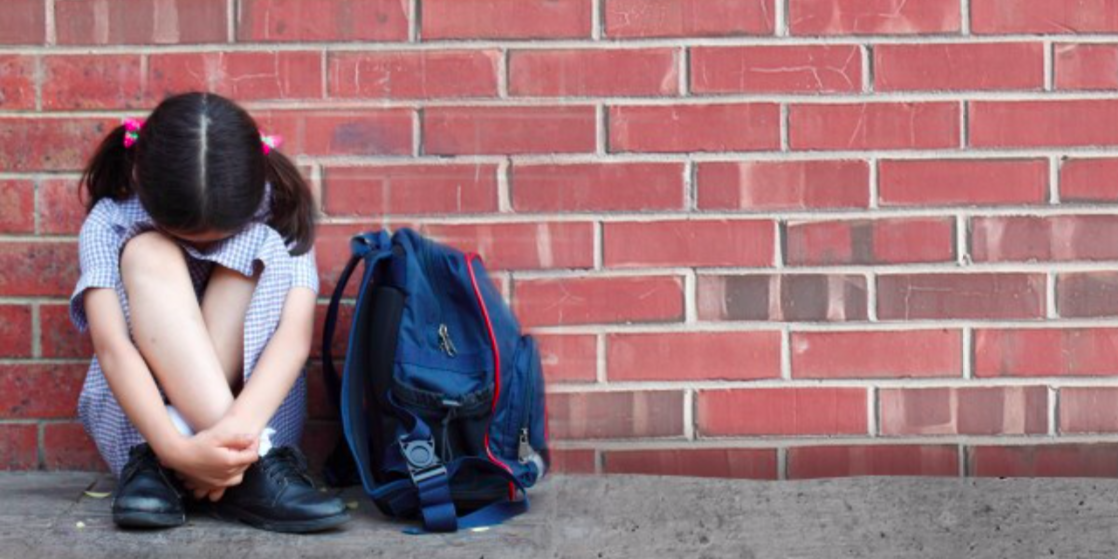 Being victimised by school bullies is a frightening experience for any child at any age, and frustrating for any parent. Ignoring a bully is never the answer: the faster one acts, the better the chances of controlling the bully’s behaviour.

Bullying in schools is a worldwide problem that can have negative consequences for the general school climate and for the right of children to learn in a safe environment without fear. Bullying can also have negative lifelong consequences – both for children who bully as well as for their victims.

However, bullying has a disproportionate impact on the victim and is a serious problem that can dramatically affect the ability of students to progress academically and socially. A comprehensive intervention plan that involves all students, parents, and school staff is required to ensure that all students can learn in a safe and fear-free environment, as is their right.

One of the major issues with tackling bullying is the casual and indifferent attitude towards defining behaviour as bullying. Bullying is commonly comprised of direct behaviour (such as teasing, taunting, threatening, hitting, and stealing that are initiated by one or more children against a victim). In addition to direct attacks, bullying may also be more indirect by causing a child to be socially isolated through intentional exclusion.

Whether the bullying is direct or indirect, the key component of bullying is that the physical or psychological intimidation occurs repeatedly over time to create an ongoing pattern of harassment and abuse.

The first step towards tackling bullying is to find a definition that allows the school and parents to agree on “what is bullying”. The formulation below (by Dr. Ken Rigby) is widely accepted as a useful parameter to define bullying:

Bullying can include many types of behaviour, some of which are given below:

It can be direct or indirect:

Characteristics of a bully

Children who engage in bullying seem to have a need to feel powerful and in control. They appear to derive satisfaction from inflicting injury and suffering on others, seem to have little empathy for their victims, and often defend their actions by saying that their victims provoked them in some way. Studies indicate that bullies often come from homes where children are taught to strike back physically as a way to handle problems. In contrast to prevailing myths, bullies appear to have little anxiety and to possess strong self-esteem. There is little evidence to support the contention that they victimize others because they feel bad about themselves. They can be charming and exceedingly polite and well-mannered in the presence of adults.

There is a strong correlation between bullying other students during the school years and experiencing legal or criminal troubles as adults. Chronic bullies seem to maintain their behaviour into adulthood, negatively influencing their ability to develop and maintain positive relationships.

Victims of bullying, on the other hand, often fear school and consider school to be an unsafe and unhappy place. Many children stay at home with some excuse or the other, with the “real” reason being the fear of bullies. Some children who are bullied get isolated as their peers do not want to lose status by associating with them or because they do not want to increase the risks of being bullied themselves. Being bullied leads to children being depressed and having low self-esteem; these problems can carry into adulthood.

Bullies tend to create an environment where the victim is twice victimised: children feel that victims were at least partially responsible for bringing the bullying on themselves. Bullies convince other children that bullying toughened a weak person, and that bullying “taught” victims appropriate behaviour and how to “fit in”.

Parents are often unaware of the bullying problem and talk about it with their children only to a limited extent. Only a small percentage of children seem to believe that adults will help. Children feel that adult intervention is infrequent and ineffective, and that telling adults will only bring more harassment from bullies. This happens particularly in schools that have a weak or ill-defined position on bullying.

Inappropriate reactions of the school

The worst reaction of a school is when it knows of the harassment and is deliberately indifferent to it. This sometimes happens due to a feudal mindset, particularly where the bully’s parents are influential or powerful members of the community. The harassment is sometimes so severe, pervasive, and objectively offensive that it could be said to deprive the victims of access to the educational opportunities or benefits provided by the school – however, teachers and schools ignore it to “keep the peace” and stay out of trouble themselves.

Students report that teachers seldom or never talk to their classes about bullying. School personnel may view bullying as a harmless “rite of passage” that is best ignored unless verbal and psychological intimidation crosses the line into physical assault or theft. This is extremely dangerous and ill-informed.

What parents can do

If your child is being harassed or bullied by another student, it’s best to take action right away rather than waiting for the children to work it out for themselves at school or outside it. Do remember that your child has rights – and it is your responsibility to ensure that those rights are enforced. It is best to talk to teachers and the school authorities immediately, as soon as you find out the specific facts. If there are other children who are also being harassed by the same bully, you should encourage their parents to speak up to school officials and the PTA. School representatives are more likely to respond immediately if they see the problem is affecting several students.

If talking to teachers and the principal doesn’t bring results within a couple of days, you must involve the PTA, outlining the facts and demanding an immediate response to the problem. Many schools have adopted zero tolerance policies against bullying and are especially sensitive to this problem.

If that doesn’t work and the problem is acute, you are entitled to consult a lawyer, call the police and file a complaint about the school to the appropriate education authorities. No one should force your child to shift to another school due to bullying.

What the school can do

There are many steps that schools can take in addressing bullying. They typically include preventative strategies, intervention and punitive measures.

As a vital first step, the school needs to ensure that the concept of bullying is defined clearly and sensibly. Some schools have not reached any agreement on what bullying is, and vaguely feel it is any sort of aggression. Some limit it to physical means; some do not include indirect bullying. A definition of bullying has been provided in this note.

Start from a common basis of knowledge of what is happening and how students and others feel about it. Collect relevant data. Develop a well-supported anti-bullying policy. This must be ZERO TOLERENCE based on a properly defined measure of bullying.

Work with students in classrooms. How to prevent bullying should be a significant part of children’s social education and as such be part of the school curriculum. Schools should promote better bystander behaviour. Much bullying does not come to the attention of teachers – positive behaviour by student bystanders can greatly help reduce the incidence of bullying in schools. This should not be viewed as “sneaking” on other students.

The school must respond to school bullying in the most appropriate way. This may include the use of sanctions in extreme cases.

Given below are the main elements typically included in a school anti-bullying policy. However, it is extremely important that the policy reflects what the school staff and parents want to see in the policy. If the teachers do not believe in the policy, their commitment to its implementation will be weak and its effectiveness will be limited.

Declaration of the Rights of the Child

Resolution 1386 (XIV) of the General Assembly of the United Nations, 20 November 1959. Adopted by India and enacted through the National Policy on Children, 1974

The child shall enjoy special protection, and shall be given opportunities and facilities, by law and by other means, to enable him to develop physically, mentally, morally, spiritually and socially in a healthy and normal manner and in conditions of freedom and dignity. In the enactment of laws for this purpose, the best interests of the child shall be the paramount consideration.

The child shall be protected against all forms of neglect, cruelty and exploitation.

The child shall be protected from practices which may foster racial, religious and any other form of discrimination. He shall be brought up in a spirit of understanding, tolerance, friendship among peoples, peace and universal brotherhood, and in full consciousness that his energy and talents should be devoted to the service of his fellow men.

(Shashank is a Managing Partner at The Hearth Advisors)

To Live As Many Childhoods As Possible
21st October 2018